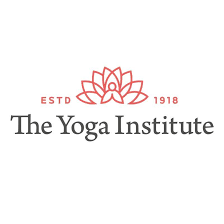 When Shri Yogendra opened its doors in 1918, his goal was to take yoga out of the hands of the elite and academia, to put it firmly back in the reach of the masses. For the first time, yoga was offered to women, a radical move at the time. Yoga was used not as a way to keep others out through ignorance, when yoga knowledge was jealously guarded, but to bring people in. Public classes were held for the first time, and yoga as therapy was introduced, used to cure everyday ills like back pain, respiratory ailments or simple stress.

The institute offers a profound education, but deviates sharply from the Western understanding of yoga tuition. The emphasis is not on the rigorous application of asanas in the gymnastic way of the Western fitness centre. Nor is it on the isolation of inward-looking yogic meditation. Instead, The Yoga Institute believes in yoga for the people, as did its young founder Shri Yogendra in 1918. This was the first yoga center in then-Bombay (now Mumbai) to take classical yoga out of the ivory towers and put it in the hands of ordinary locals.

While Hatha yoga is the predominant style, dogmatically following asanas is not really that important. Nor are long hours spent in meditation of contemplation of a vague inner self. Yoga at the Institute is seen to be only as good as its effect, so if a particular pose isn't working to help control migraine for example, it is modified to best effect. This pragmatic approach to yoga may run counter to foreign expectations. It even runs counter to the traditional way of teaching yoga anywhere in the world - possibly explaining the high drop-out rate among foreigners enrolled in the Teacher Training Course - but it helps people and that's what counts here.

Most of the students here are Indian. Within the institute, ?student? does not only mean short- or long-term devotee who has come here to study. It also means the steady stream of locals who take therapeutic classes for specific ailments. Yoga here is synonymous with accessible healing, and specific routines provide relief from back pain, respiratory illness or simply the stress of daily life.